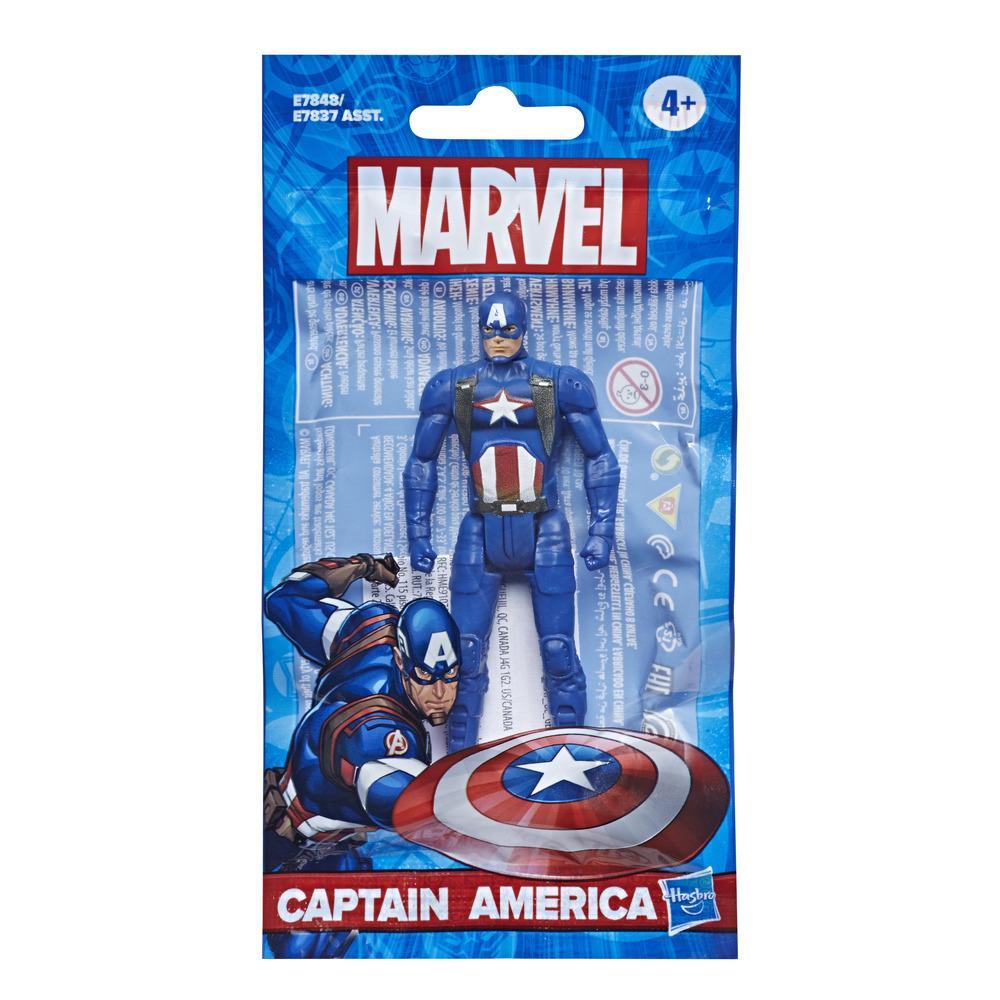 Kids can imagine the super strong Avenger leaping into battle with this 3.75-inch scale Captain America figure. With classic Marvel design, kids can create their favorite scenes from the Marvel Universe or imagine their own incredible adventures.

Copyright 2019 MARVEL.
Hasbro and all related terms are trademarks of Hasbro.

• Includes: figure.
• 3.75-INCH SCALE CAPTAIN AMERICA FIGURE – Since suiting up as America’s First Super Soldier, Steve Rogers has defended the universe against evil as Captain America! Imagine the red, white, and blue hero taking on villains in his iconic uniform and aiding Hulk, Iron Man, Thor, and the other Avengers with this 3.75-inch scale Captain America figure.
• CLASSIC MARVEL DESIGN – Fans can recreate and imagine the action-packed scenes of the Marvel universe with this Marvel Avengers Captain America figure, inspired by the classic Marvel character.
• ARTICULATION AND DETAILING – Figure features multiple points of articulation so fans can display this Captain America figure in their action figure collection to imagine an action-packed scene from the Marvel Universe.
• ASSEMBLE THE AVENGERS – Look for other Marvel Avengers 3.75-inch figures including Hulk, Thor, and Iron Man to assemble the Avengers! (Additional

• Ages 4 and up
• WARNING: Small parts may be generated.

Be the first to review “Captain America Figure” Cancel reply