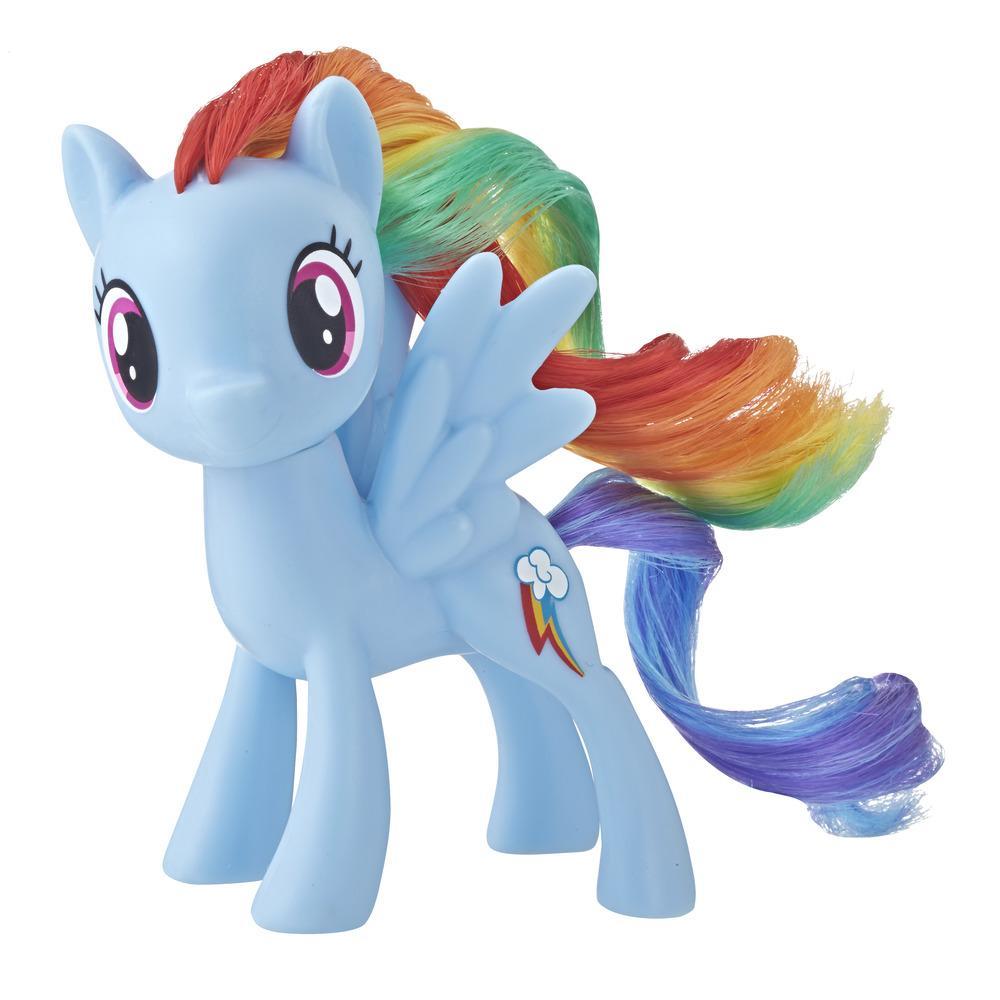 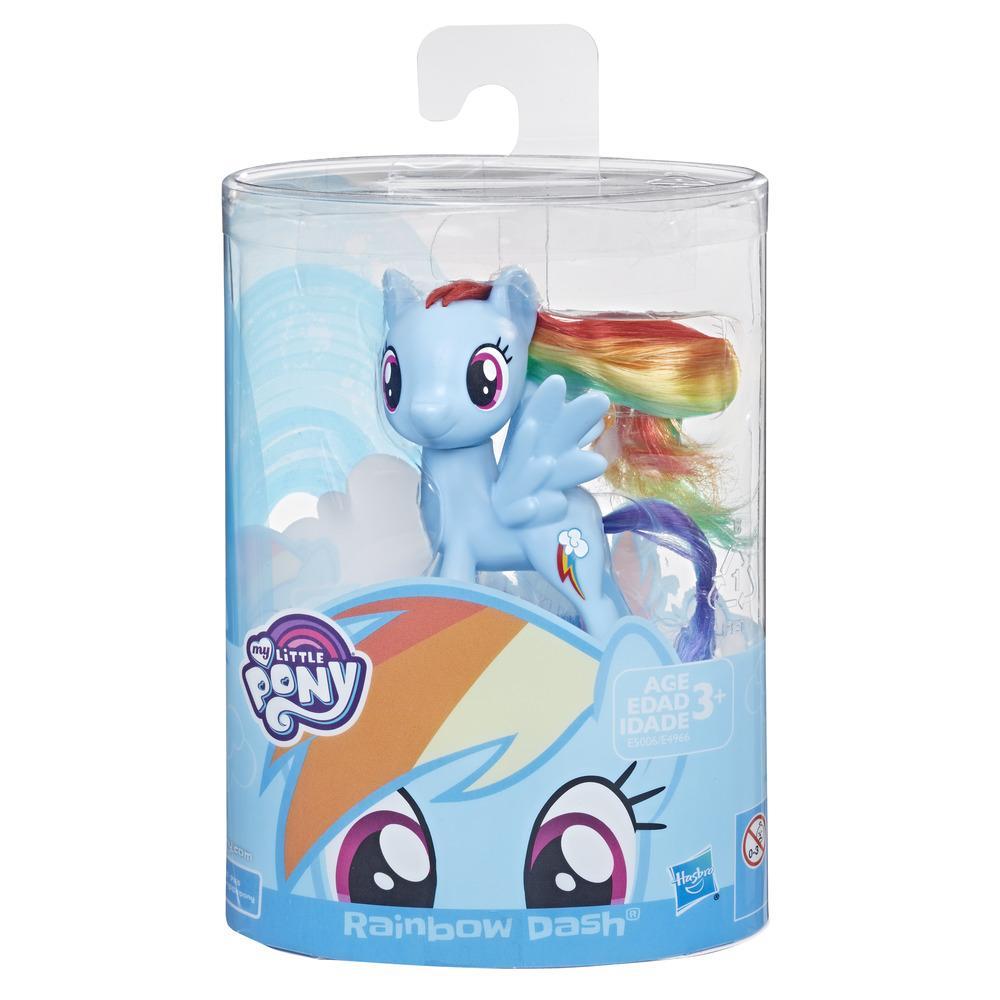 Rainbow Dash is the fastest pony in Equestria, in fact, she loves to fly as fast as she can! She is always ready to play a game, go on an adventure, or help out one of her friends. Inspired by the My Little Pony: Friendship is Magic television series, this My Little Pony Mane Pony 3-inch Rainbow Dash pony figure has a rainbow mane and tail with an edgy look. She is a blue pony figure with wings and her signature cutie mark: a cloud with a rainbow lightning bolt. Pretend shes zooming through the sky or playing a silly joke on her friends! This is a great pony figure for kids who are beginning their My Little Pony collection and long-time fans alike. Also look for My Little Pony Mane Pony Pinkie Pie, Twilight Sparkle, Applejack, Rarity, and Fluttershy to collect a rainbow of colorful friends! (Each sold separately. Subject to availability.)

My Little Pony and all related characters are trademarks of Hasbro.

” 3-inch Rainbow Dash blue pony figure with signature cutie mark of a cloud and rainbow lightning bolt
” Rainbow mane inspired by her character in the My Little Pony: Friendship is Magic television series
” Inspired by the look of the Rainbow Dash character in entertainment
” Classic figures are a great way to introduce kids ages 3 and up to the My Little Pony TV show and toys
” Collect a rainbow of colorful friends with My Little Pony Mane Pony figures (Each sold separately. Subject to availability.)

” Ages 3 and up.
” WARNING: CHOKING HAZARD  Small parts may be generated. Not for children under 3 years.