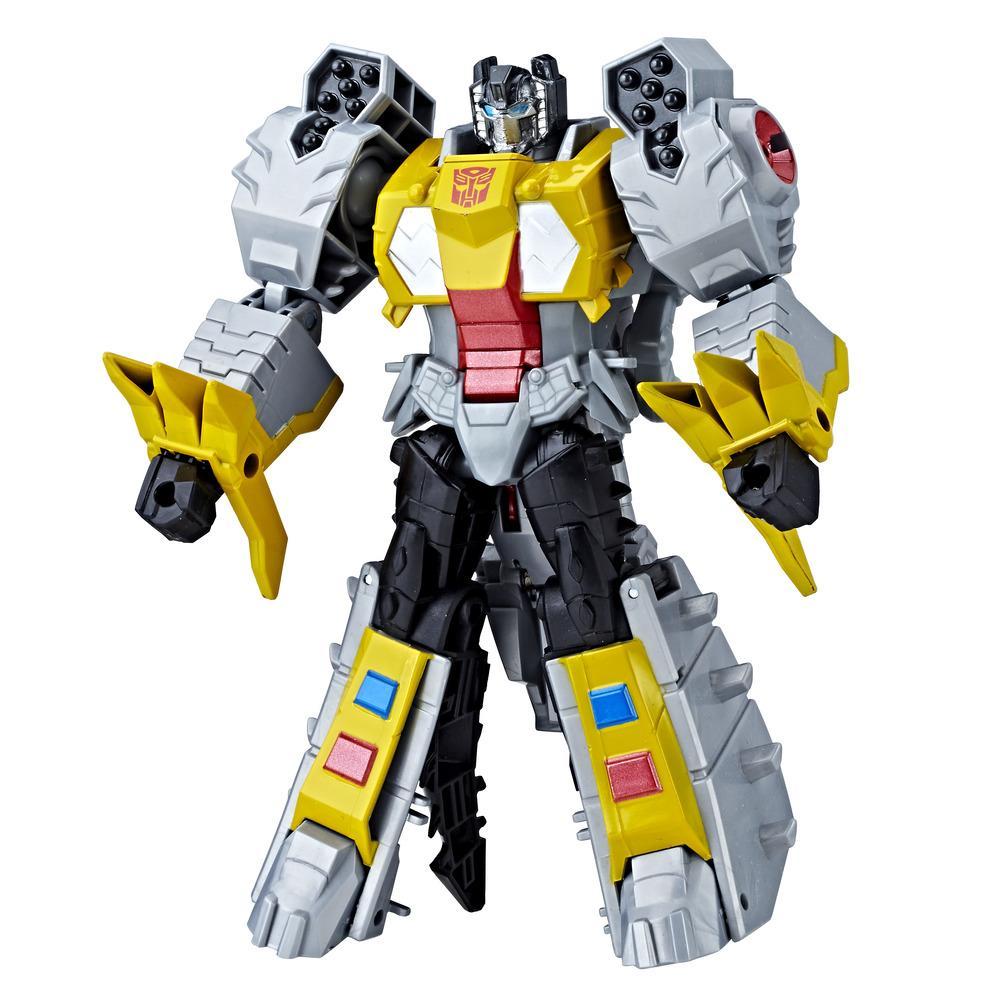 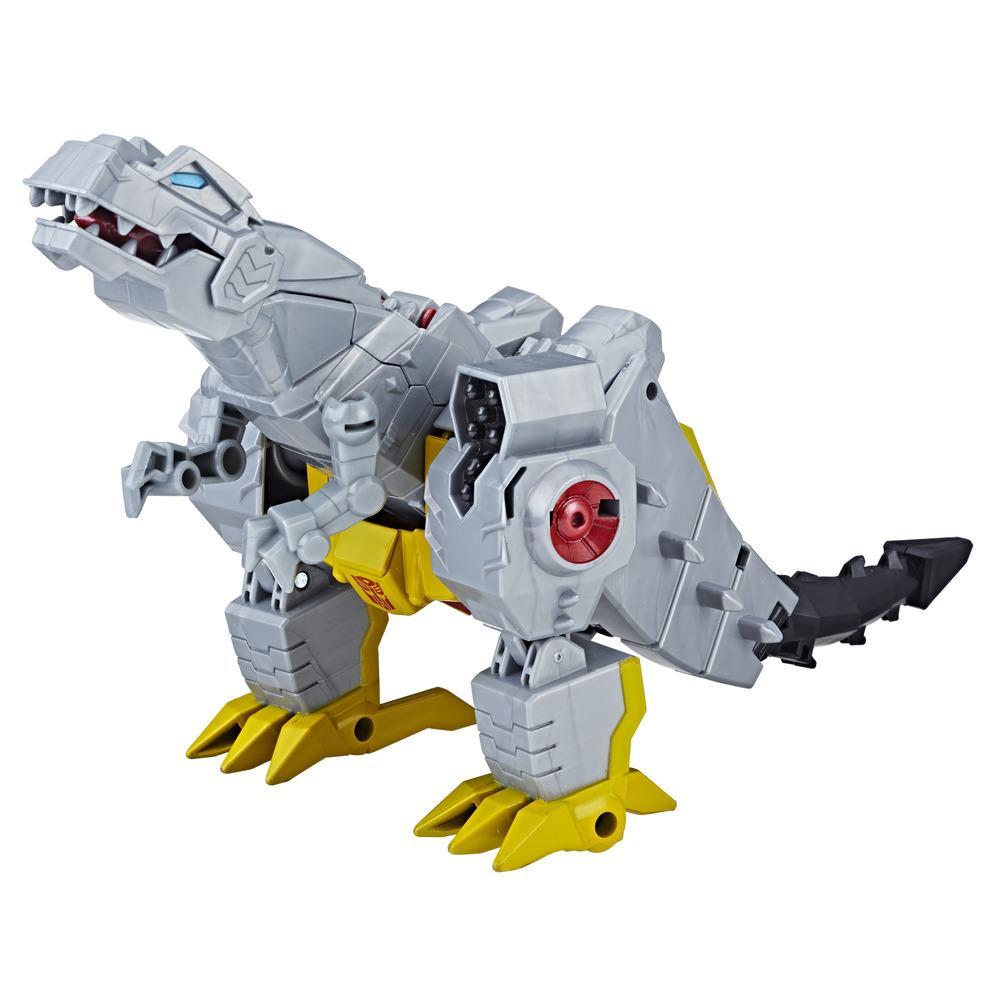 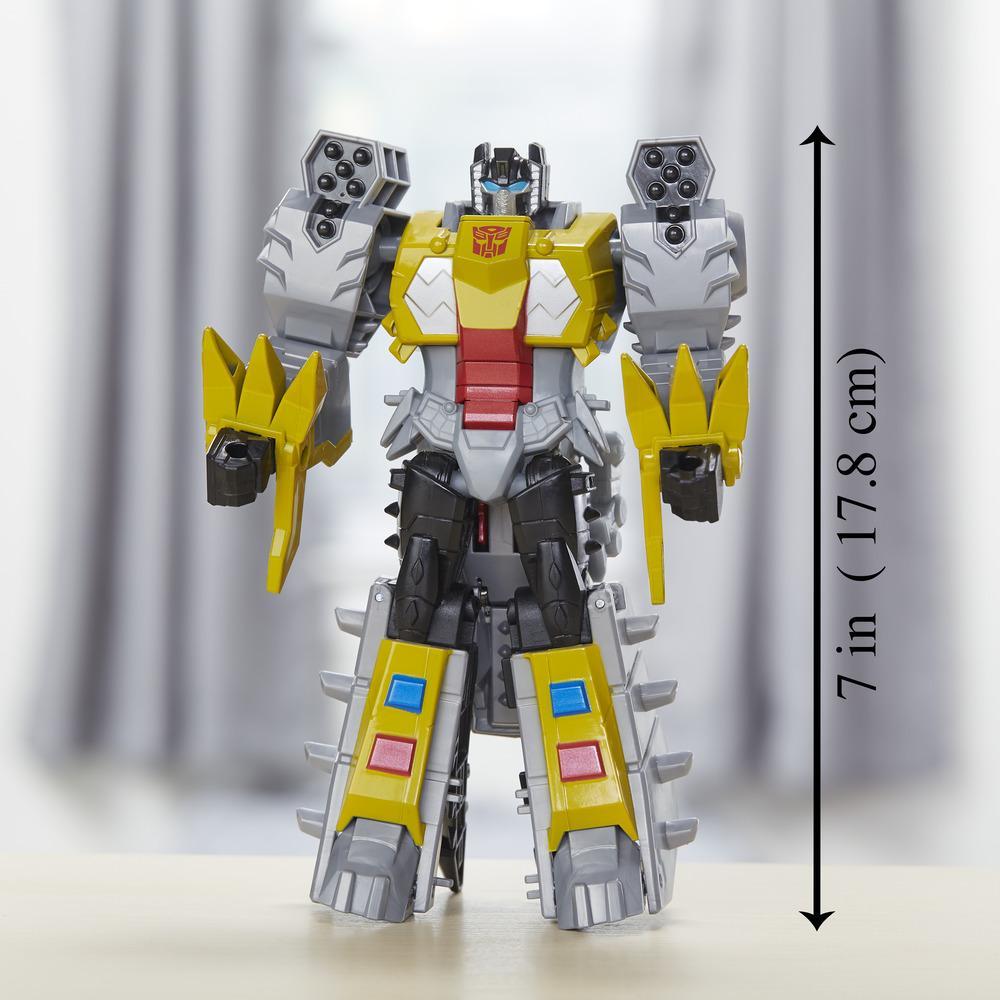 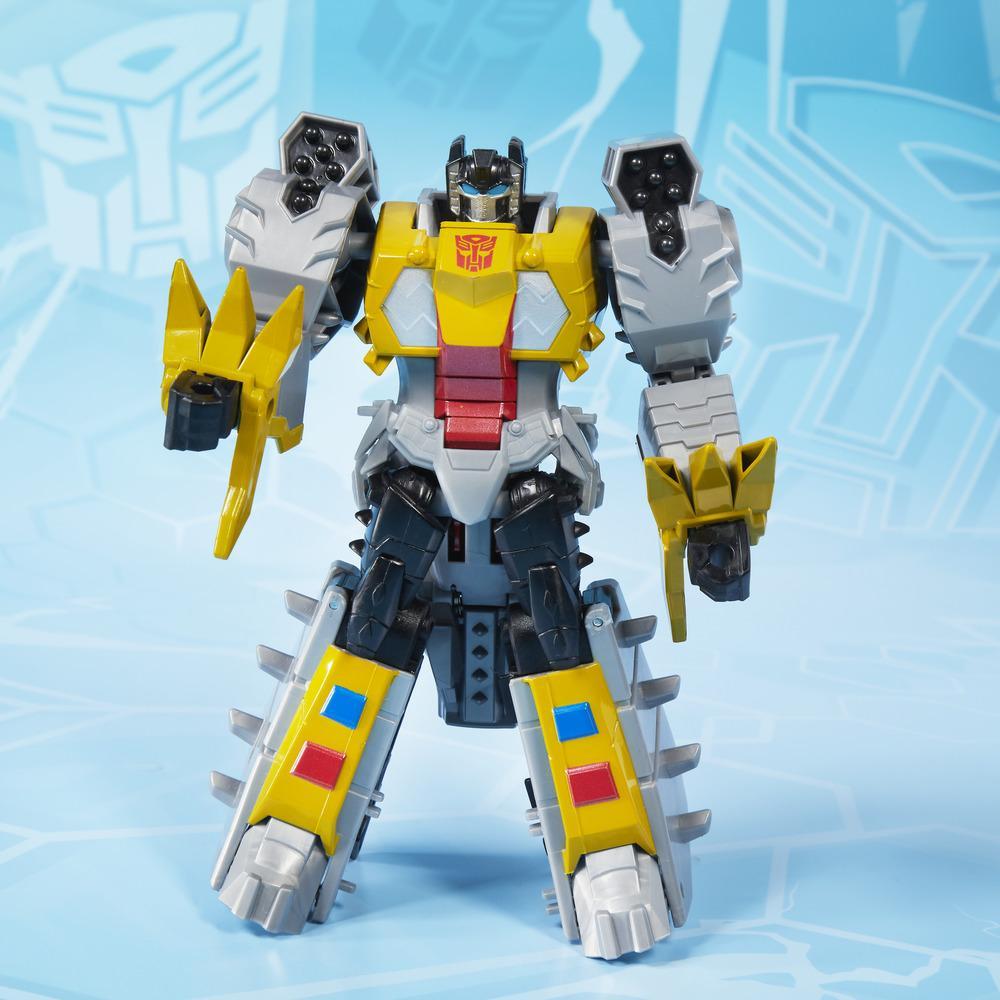 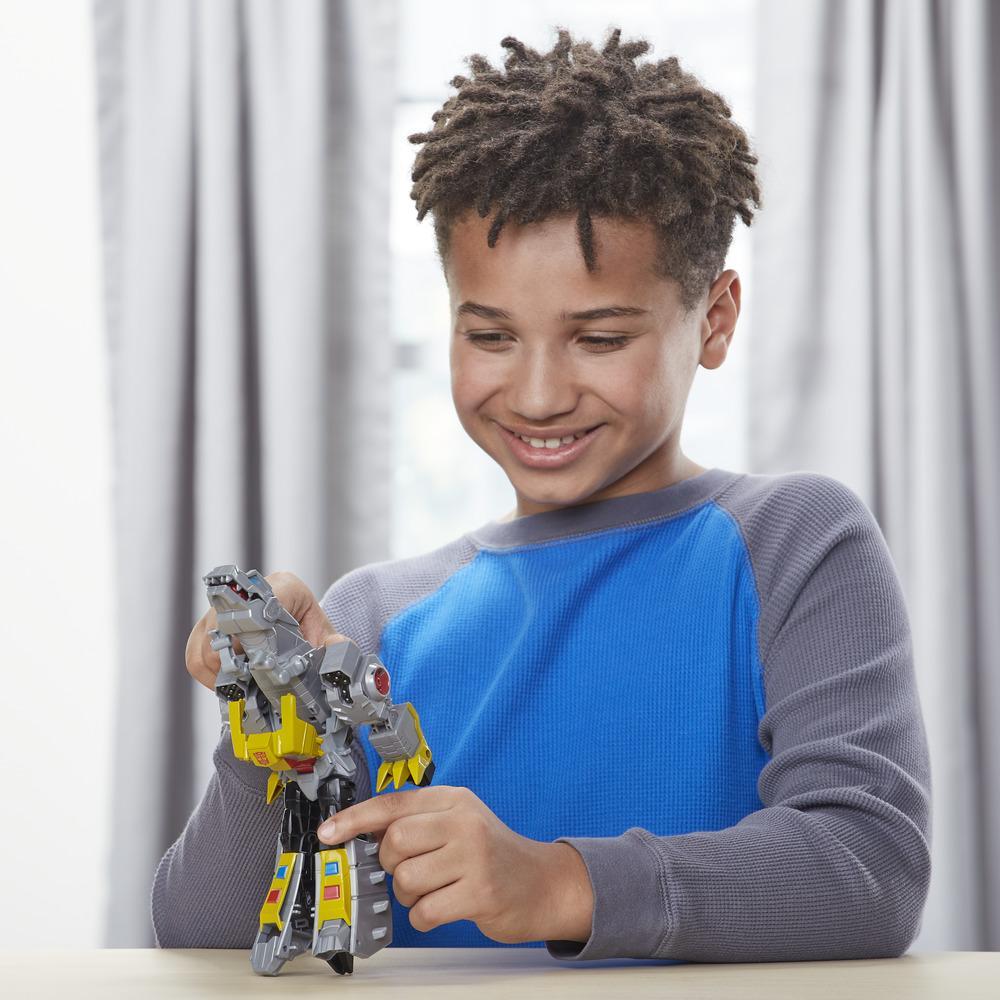 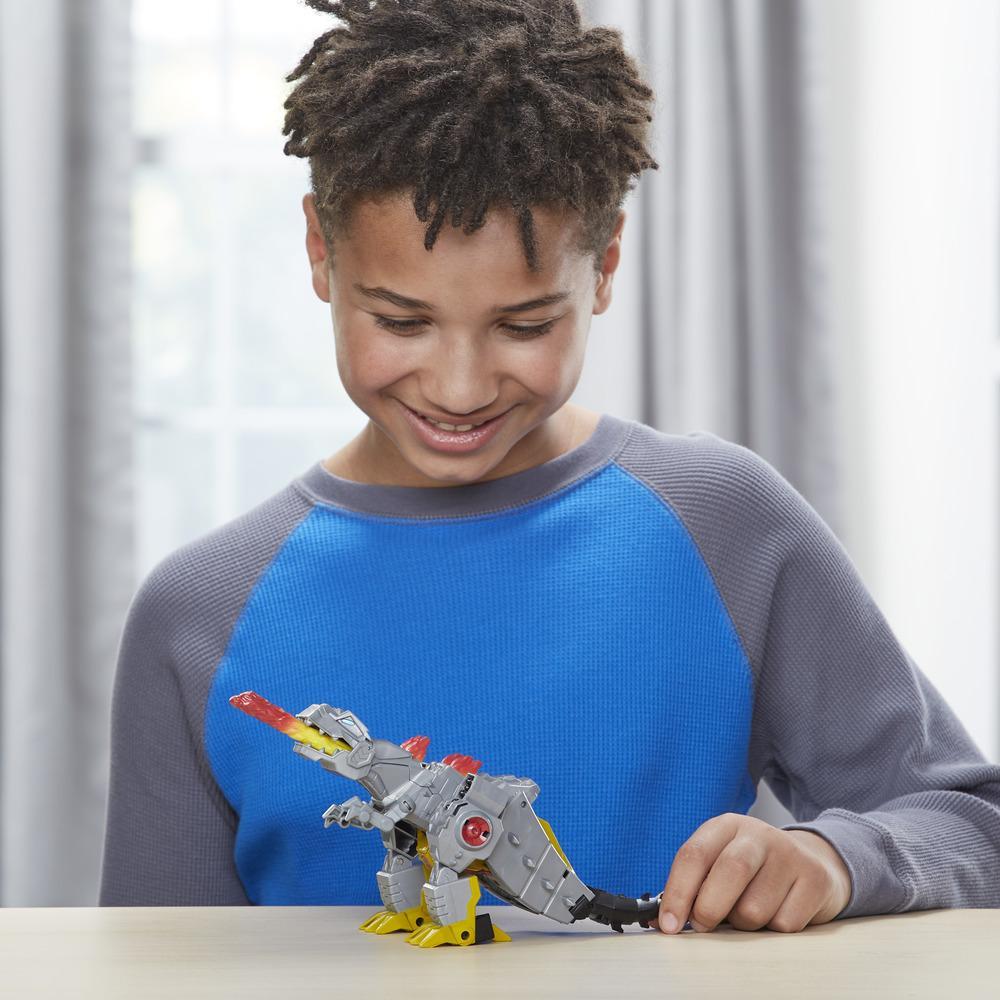 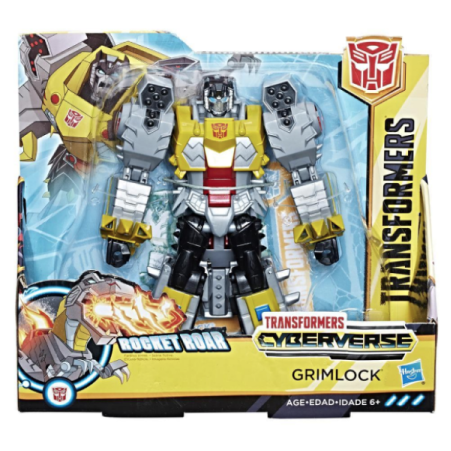 Warning:
CHOKING HAZARD-Small Parts. Not For Children Under 3 Years.

Picture this: me, on Earth, still cooler than everyone this side of Optimus Prime, but Ive got zero memories. Now Im on a mission to recover my memories and discover all of my awesome powers. Ill have to battle Decepticons, outrun an explosion or two, and be heroic- basically, Im in for one epic ride across the Cyberverse.
-Bumblebee

Grimlock, legendary Dinobot King, uses his strength to fight alongside the heroic Autobots.

Look for other Action Attackers figures, each sold separately, to discover the signature attack moves of favorite Cyberverse characters!

” Ages 6 and up
” Warning: Choking Hazard – Small parts may be generated. Not for children under 3 years.

Be the first to review “Ultra Class Grimlock” Cancel reply